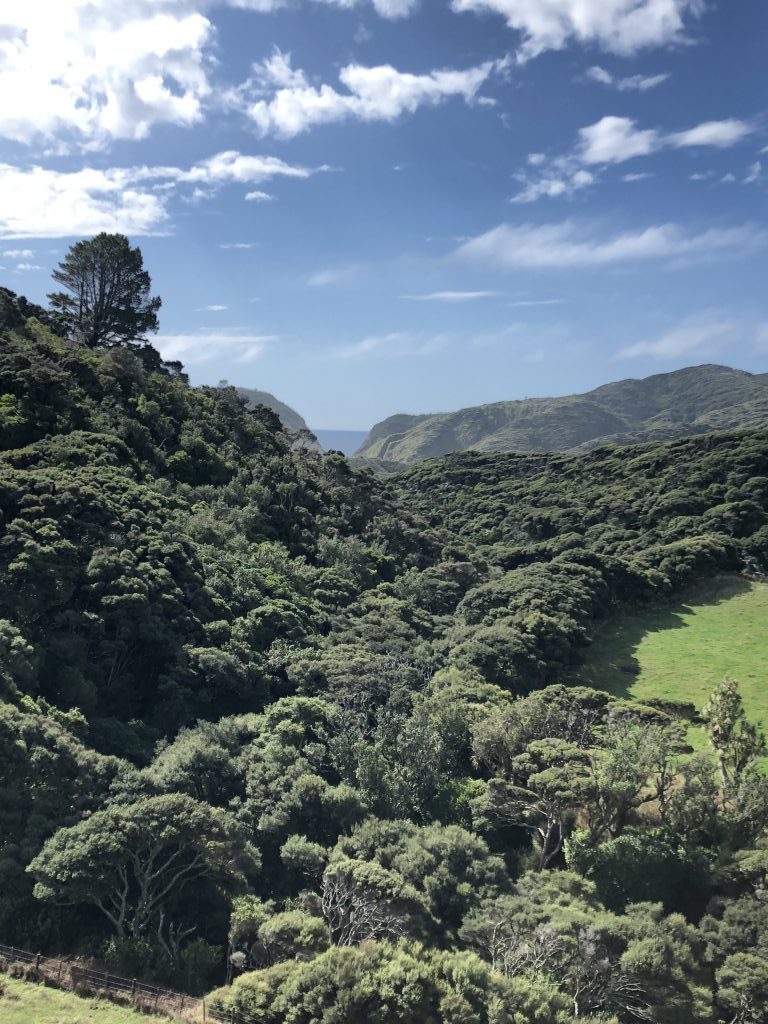 We almost need anything everyday so we went to Countdown to buy some food. But the next thing in the plan was the best for the whole day. A drive to the Golden Bay to take a short walk to Wharariki Beach. As we finally arrived there it was almost 3 pm and we just wanted to get some sun. 4 kilometers on a dirt road later we got to a parking space. It was very tight there but e few Äther nice campers helped us to get into the parking space by putting some of there stuff away. We thanked them and started our little walk towards the beach. At the beginning, it was a bit strange because we walked by some sheeps, had to get over some steps to pass the fence and after 10-15 minutes we walked on sand, but there were still trees surrounding us. But I decided that it’s finally time to walk barefoot and feel the sand. After we passed the trees there appeared sand dunes in from of us. I felt like in heaven. It was so lovely. We decided to walk the other way as all the other tourists did. Just to enjoy this little paradise in peace without the steady sound of that camera clicking around us. I know I’m also one of these tourists, but sometimes I just can’t stand the noise around me 😉 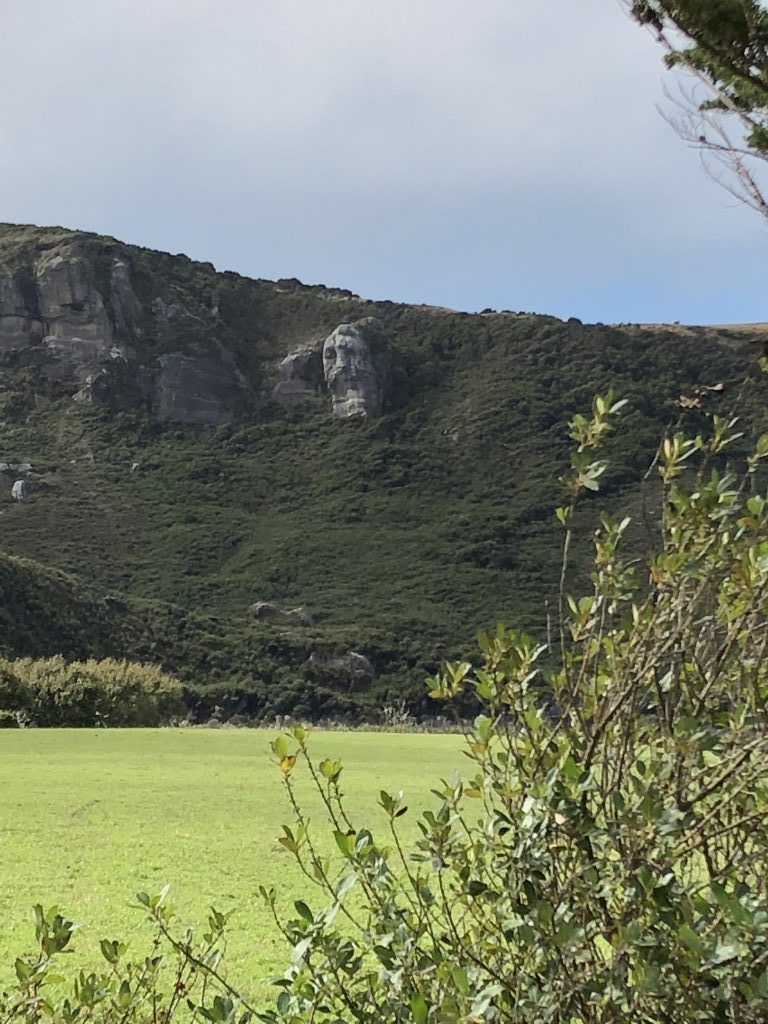 We discovered a little cave, but as we got there it smelled pretty bad, like fish would have been there for quite a while. So we just hurried up to get out of it, sat down in the sand for a while and just looked out on the ocean. It even got pretty warm, which we didn’t expect it to be, so we wore long trousers.

After we found this little paradise we had to get up to save ourselves a place for the night at the nearby freedom campsite. This one was really perfect. We got there and snapped up the best place for us. We could lay in bed and have a stunning view over the Golden Bay and look at the tides. On low tide, you could even walk more than 300-400 meters on the sandy wet ground of the ocean. And if you reach the water, you can sometimes watch grabs opening some muscles.

Also the sunset was amazing. I just love this interaction of sun, clouds and the ocean. It presents so many perfect pictures, which are pretty hard to capture in a photo. But somehow I managed to make a nice one. What do you think?

So what’s up next? Don’t pass out a beautiful sunset and some more du by stories about us 😉