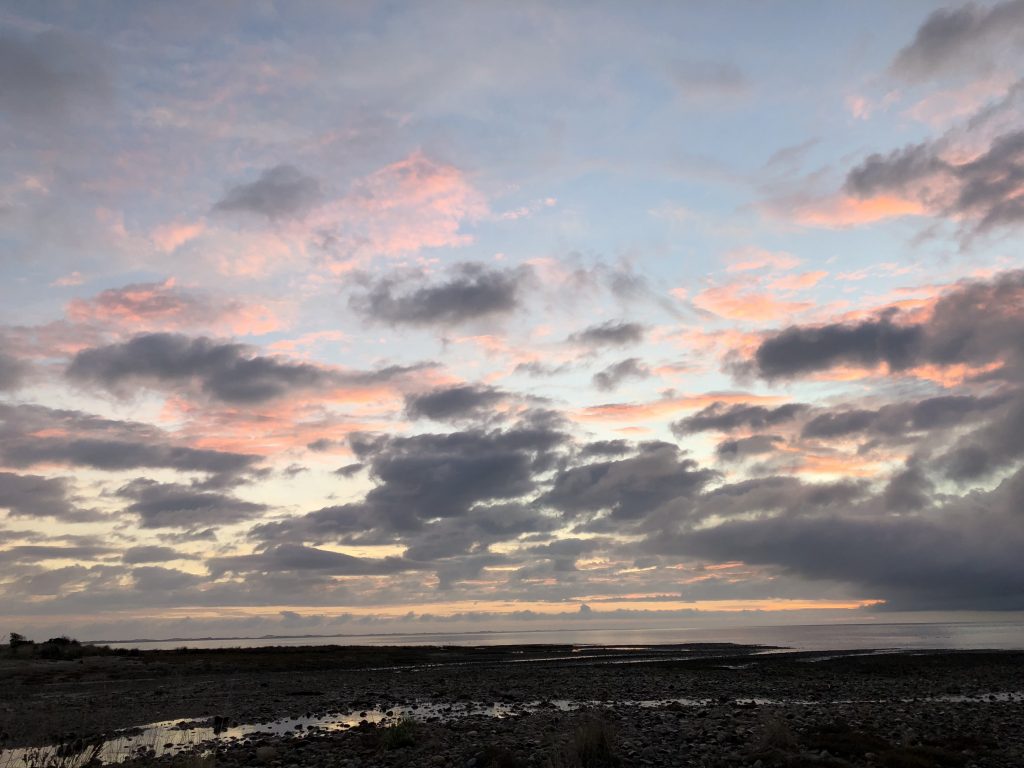 Our day started earlier as the one from all the others from our campsite. We wanted to explore Farewell Spit but all we got was Cape Farewell. The Spit is one of the northwest points of the South Island of New Zealand but as a normal person we weren’t allowed to go any further then 4 km. There is a company which does tours to the very far end, but these costs about 160$ and we didn’t had the time to spent a whole day for this. So we just had a look at some sealions from the top of the cape and the waves smashing against the cliff. But it was still a very nice view. 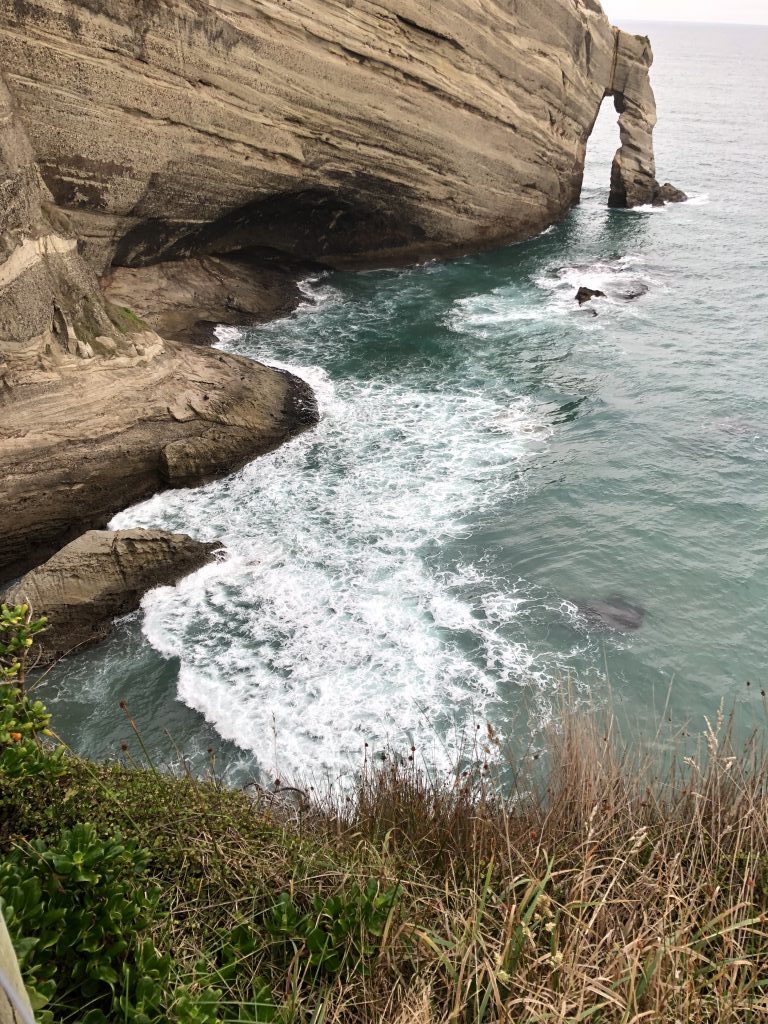 So we decided to drive into the Abel Tasman National Park. It took us about 1.5h and the last part down to the beach, the Totaranui Bay, was dirt road with very slim parts. So we had to drive carefully. But as we arrived we saw a beautiful beach, with orange sand and like almost everywhere it was low tide. So we could also walk into the little bay at the end of the beach. We found some Wekas, which were pretty used to people and were quite curious. There was also a pretty nice campsite with about 850 spaces available, which has been the biggest one we have seen so far. But we didn’t want to stay there. 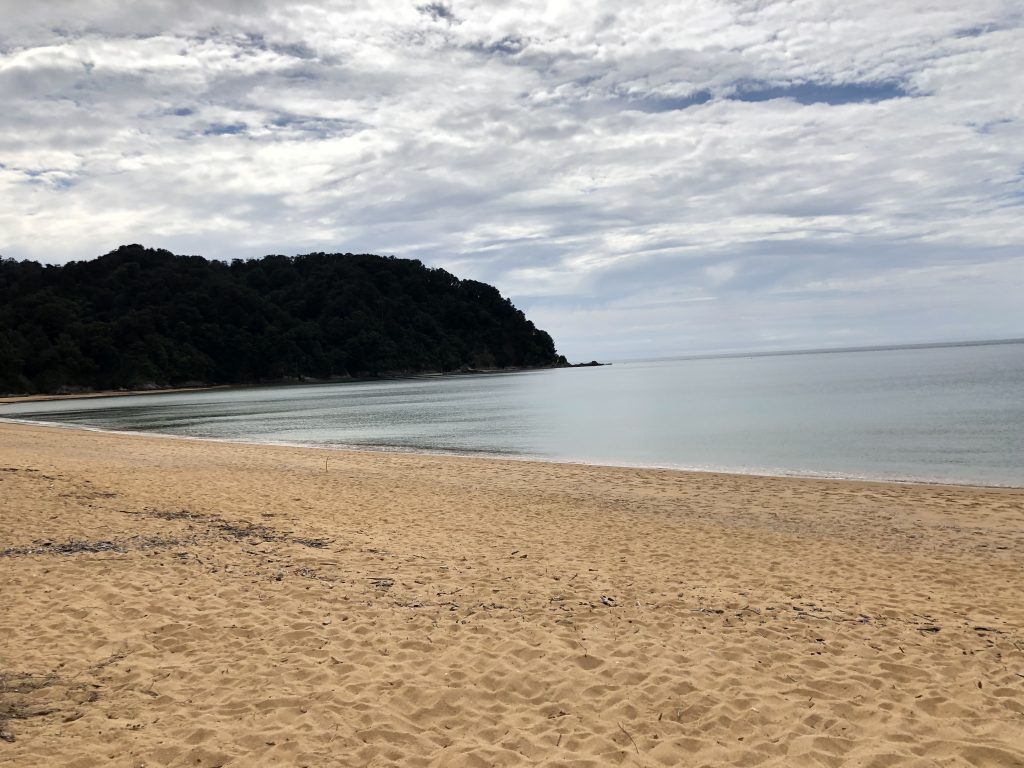 So as we drove back up the road we decided to stop by a little pretty Cafe, called Palmville Coffee Co. As the sandflies liked Basti so much, they didn’t want to leave him, we just got back in the car after a toasty and a chocolate brownie (very good), without doing the 40 Minute walk to the Wainui Falls. 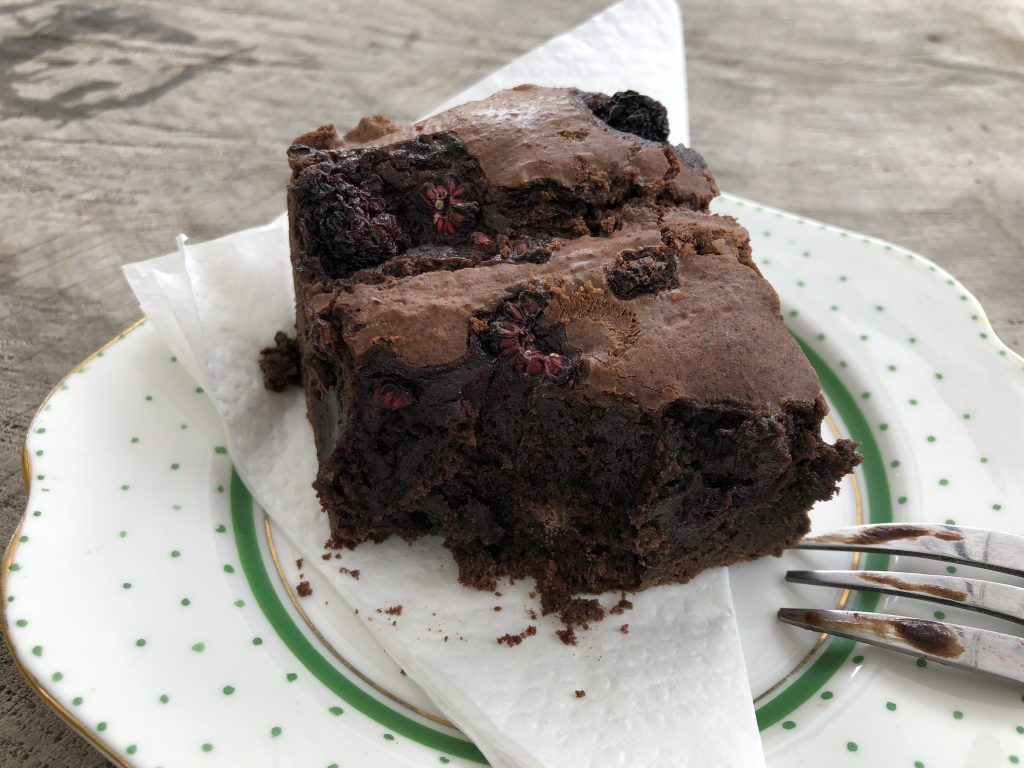 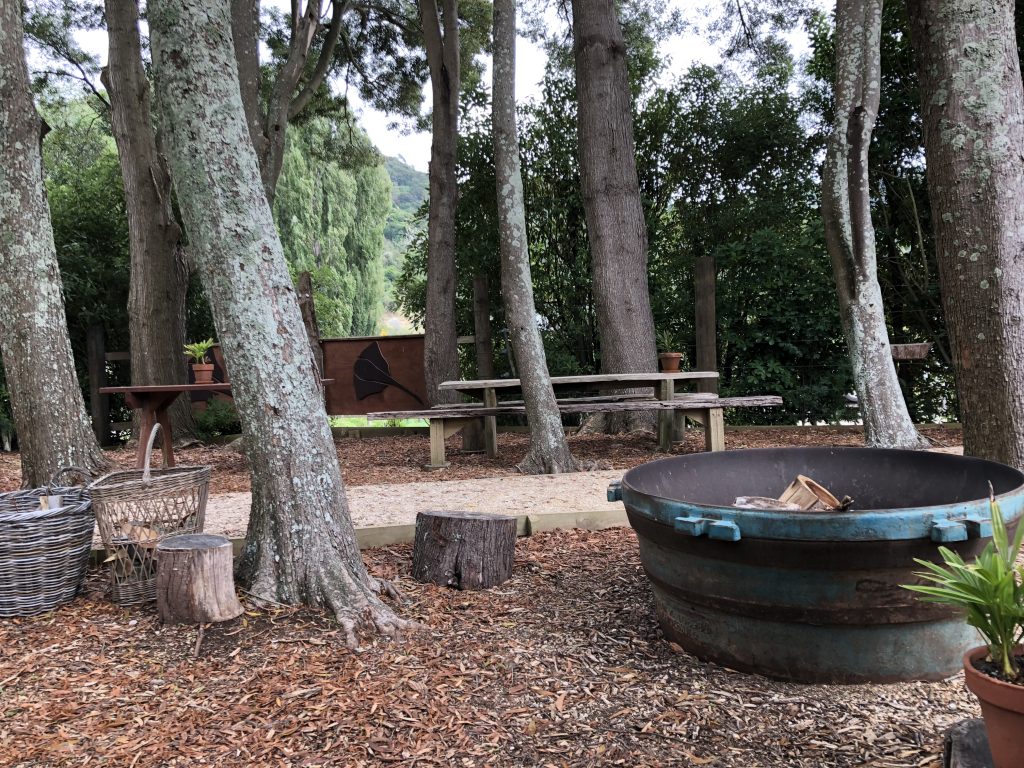 As long as we didn’t want to take a shower in the camper we had to find other ways like on the campsites we used to stay or use free public showers. We found one in Takaka, very close to the information center to get some more suggestions what to do in the area. The i-site shower, as you call them, was cold but it was clean and refreshing. We walked on the main road of the little city, but unfortunately missed out the local market that day. The small cities in New Zealand look almost the same, if you compare the main roads of them. The shops are along these streets and are displayed almost the same way. For me right now it’s quite an overload of information. But Takaka is a center of artists. So if you are interested in art, this would be a good place for you, as there are also art galleries around the city which you can’t find little hints as you drive by.

We were tired of all that driving so we looked for a place to stay and found a lookout. Happy we got one of the last spaces available for our long vehicle, we made ourselves some barbecue and d coded what to do on the next day. We wanted to do something without driving around all the time, so we looked if there were any discounts on local activities and we found one for a kayak in the Abel Tasman National Park. We set the alarm for the next day and went to bed.

Stay on track and read some fu stories about us sitting in a kayak for the very first time.