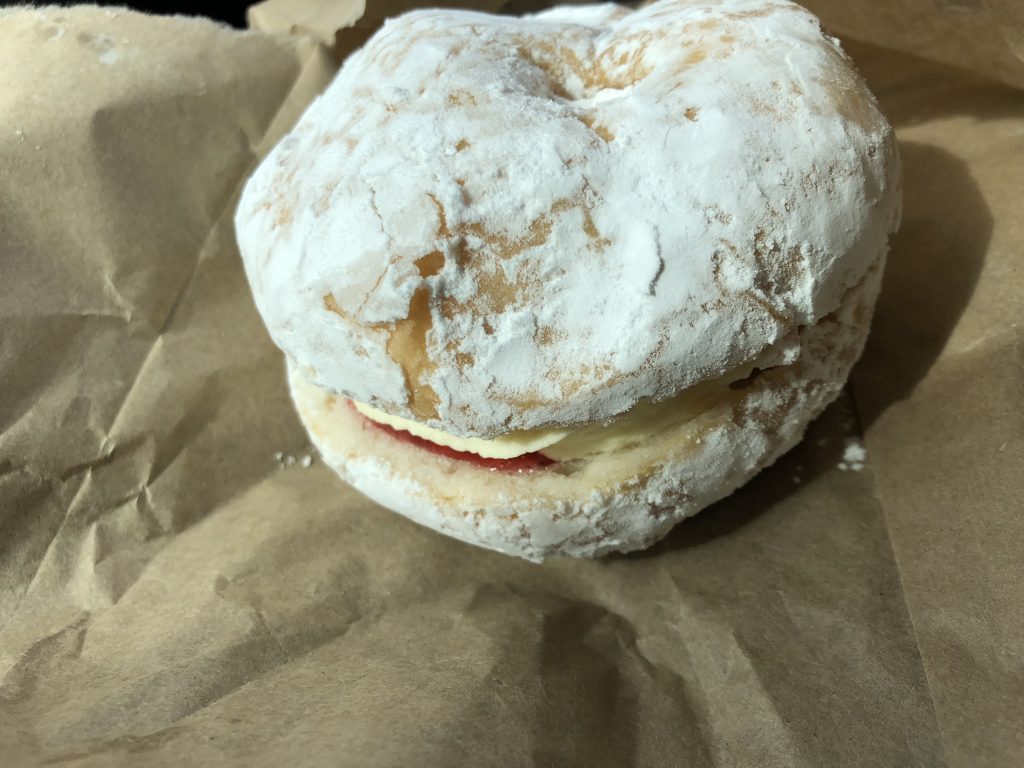 From my point of view New Zealand is the country of lakes. We drove by so many of them and one is prettier than the one before. The color of the water just amaze me and it’s getting more and more intense.

We stayed in a little town called Lumpsen, where every public parking space can be used as a overnight place for self-contained campers. This means campers with toilets and a shower. We got the penultimate space and there was a “inspector”. He checked if the right campers use the right spaces and was a very funny old man. He proudly showed us his Mercedes-Benz cap which was for the Germans as we were told. And his dog, named Coco-Channel for the French 😂

We took our time this morning and just started with a little donut. It looked more like a German Krapfen to me. But maybe it’s just New Zealand Style. This one was with raspberry and creme. Made by a cute little bakery named “The Chris & Judy Bafé”. You defiantly have to try one. But be aware they are not available before 10 😉

After our second little breakfast we arrived at The Remarkables. A ski field near Queenstown. My luck I didn’t have to drive up there but Basti enjoys taking the car up on such roads. As we arrived we decided to take the 1.5 h hike to Lake Alta. At the beginning it was pretty steep and we didn’t have a great view because we could just look at the construction site of the ski field. But after 30 minuted we reached the nature reserve and it was quite nice to see the vegetation and learn something about the plants and animals in this area. After another 15 minutes we saw the lake and where surprised by its color. The lake itself arose just from melted glacier water and rain. There is no oxygen in it, so no fish would ever survive. But some plants do. 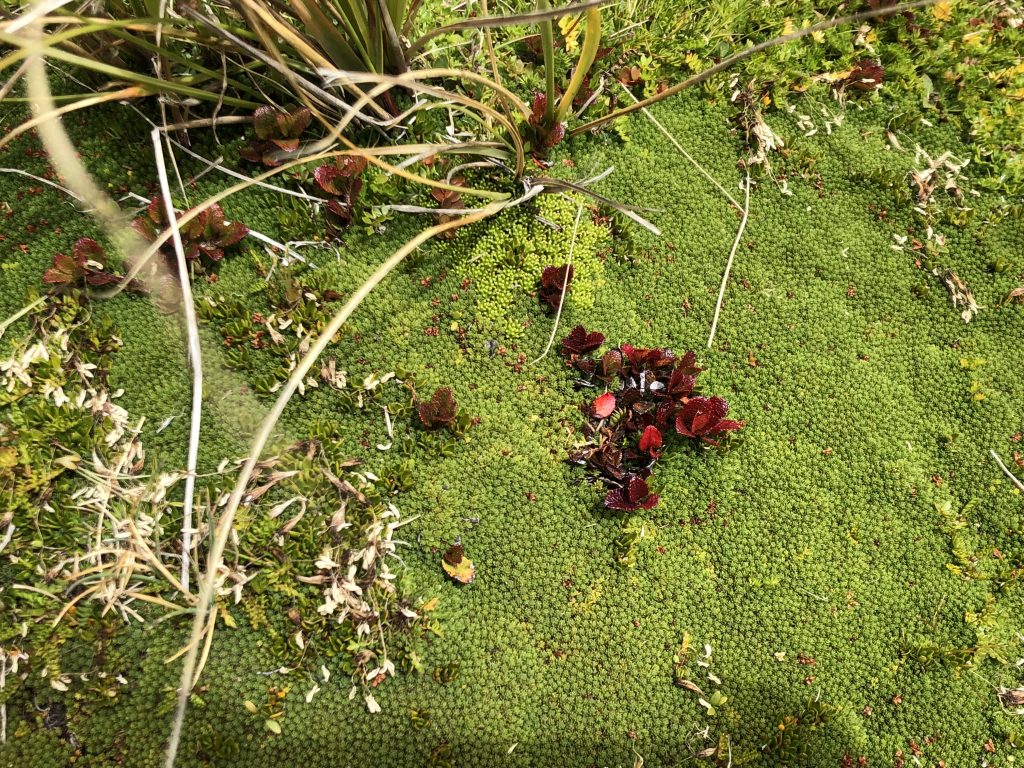 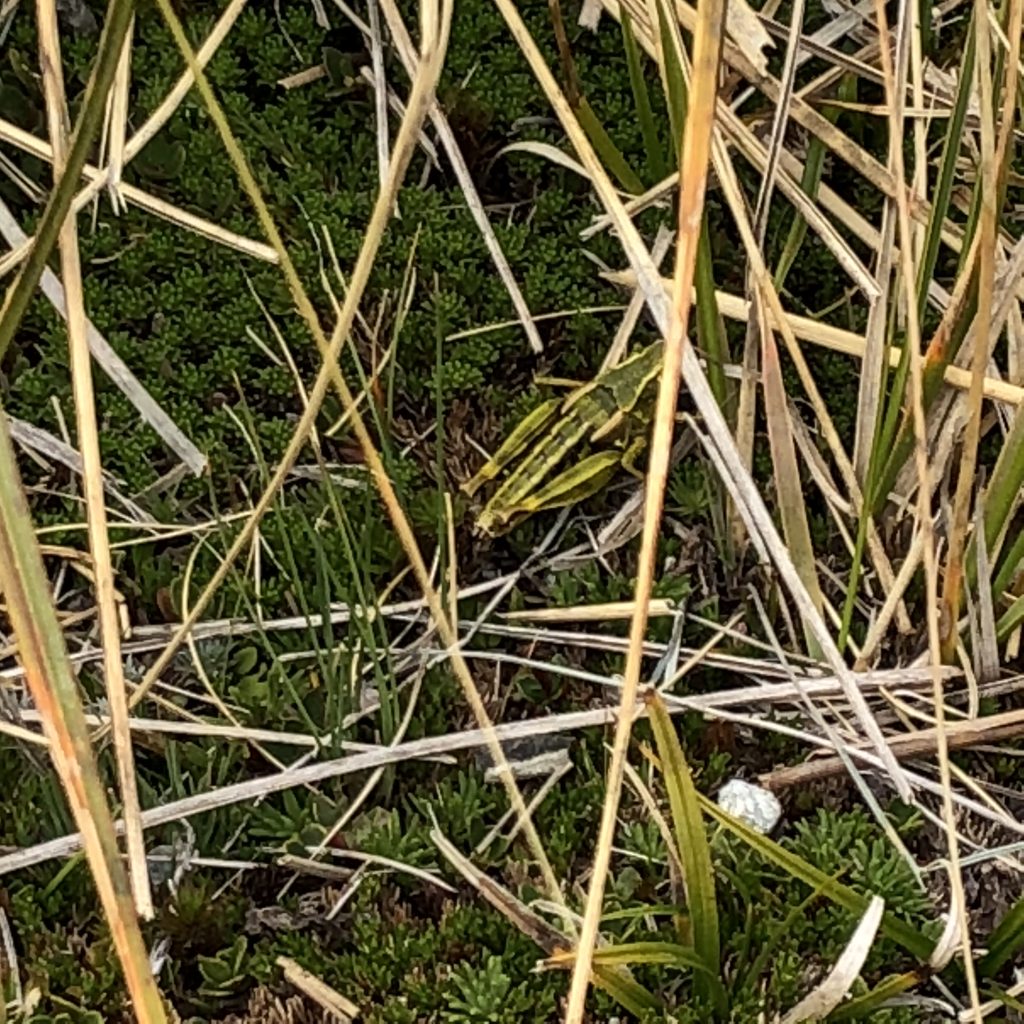 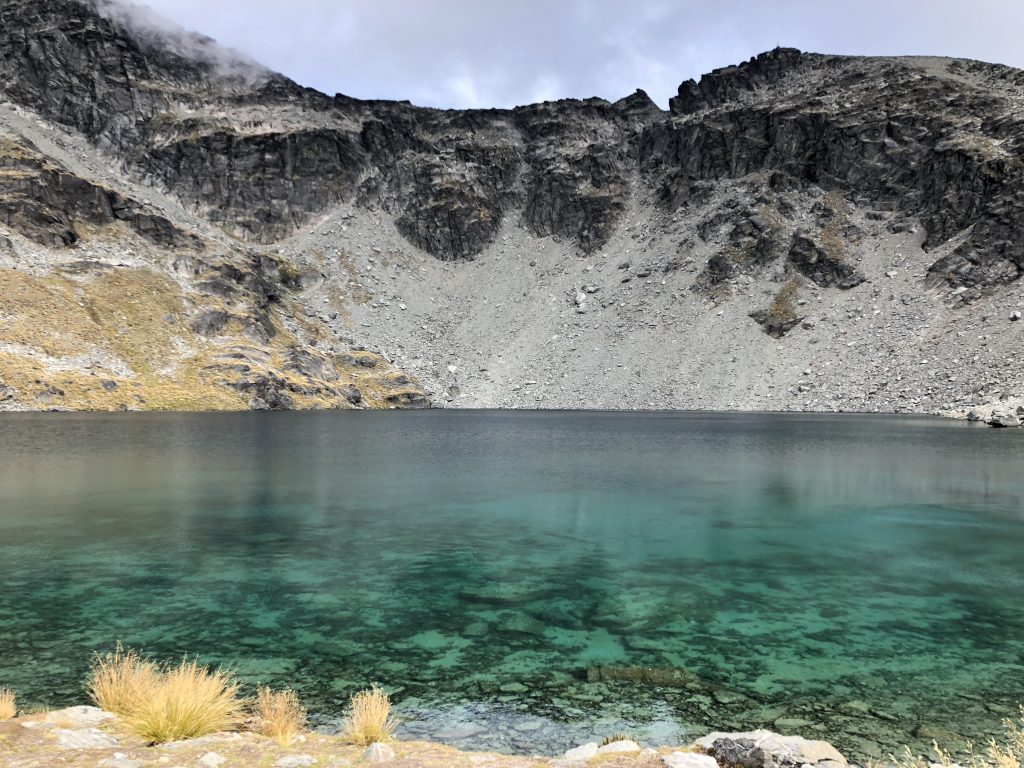 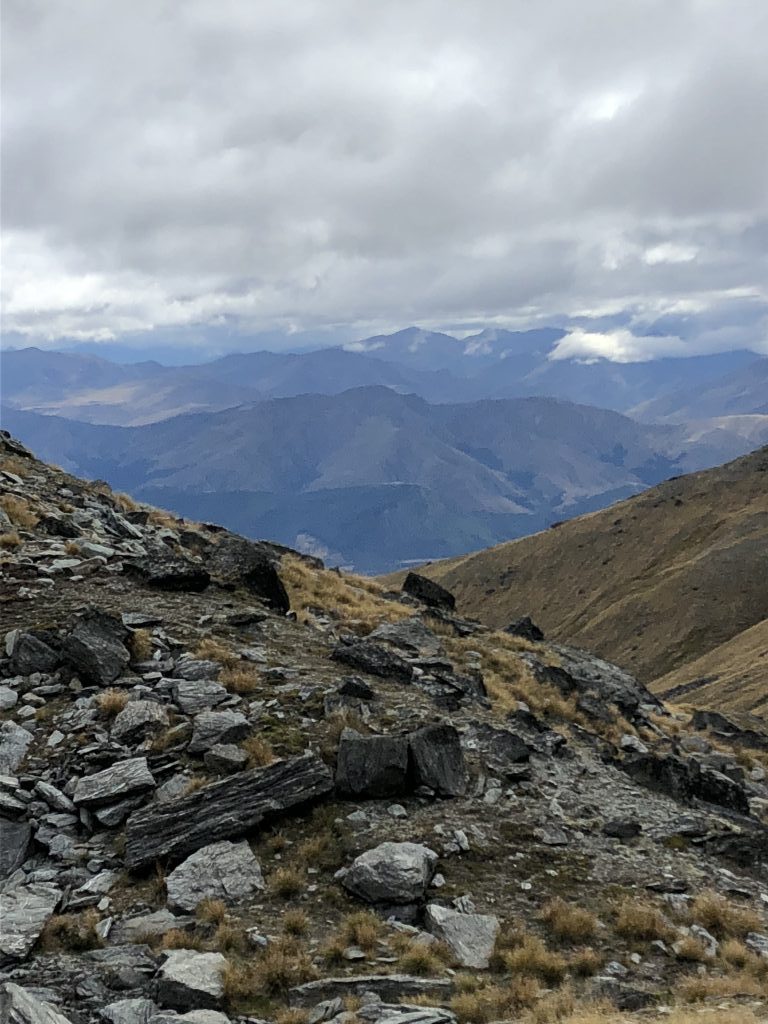 There was also another hike which would have brought us higher, but as we still had some more on the plan that day, we decided to return. On the way back, again we passed by a bigger group of hikers. We are sometimes really lucky that we get up earlier to be at the sights before all the other tourists come 😉

After our way back we went to the grocery store to get some things for the next days, got some more gas and new towels from the car rental company.

Back on the road we wanted to reach Lake Wanaka, where a single tree is standing in the lake. And it’s still alive. It’s a Crack Willow tree and historians believe that is has grown out of an old fence post. Lot of people were going there. So I made one beautiful picturesque photo and one behind the scenes where you can see what was going on there. And as we went back to the camper, even more people arrived at the tree. 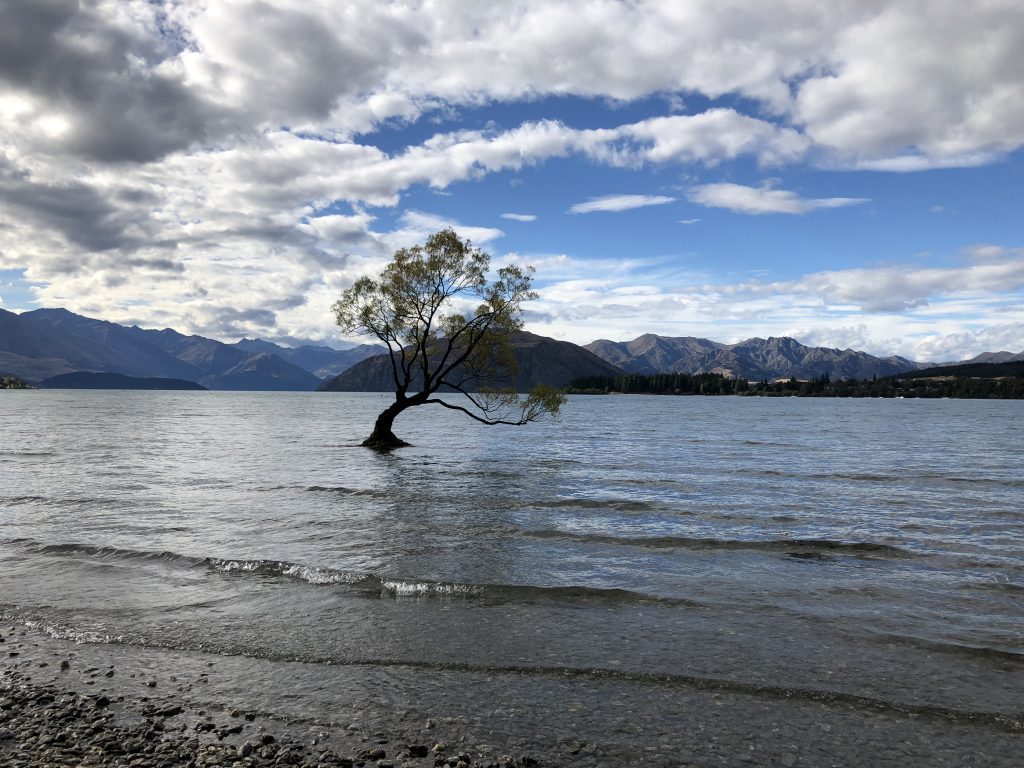 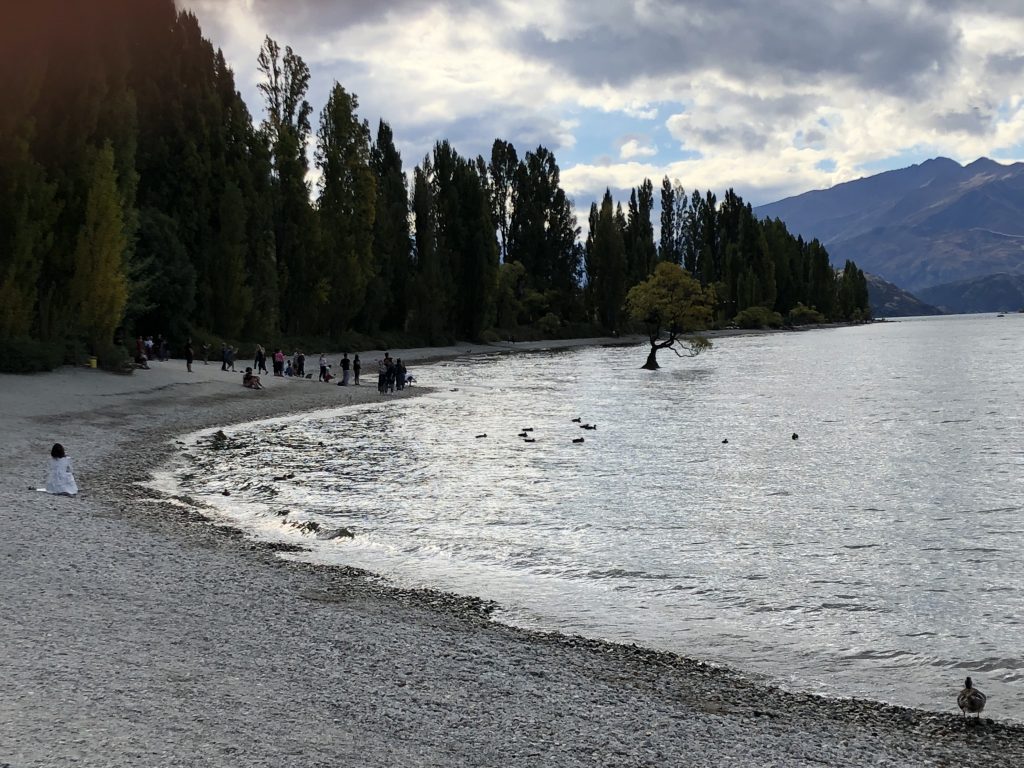 After this we made our way to the campsite. This day we couldn’t look for a freedom campsite, because our electrical toothbrush was empty and needed to be loaded. 😂 yes we already thought about getting a new one, which doesn’t need any electricity. but we choose a beautiful space with an amazing lookout. 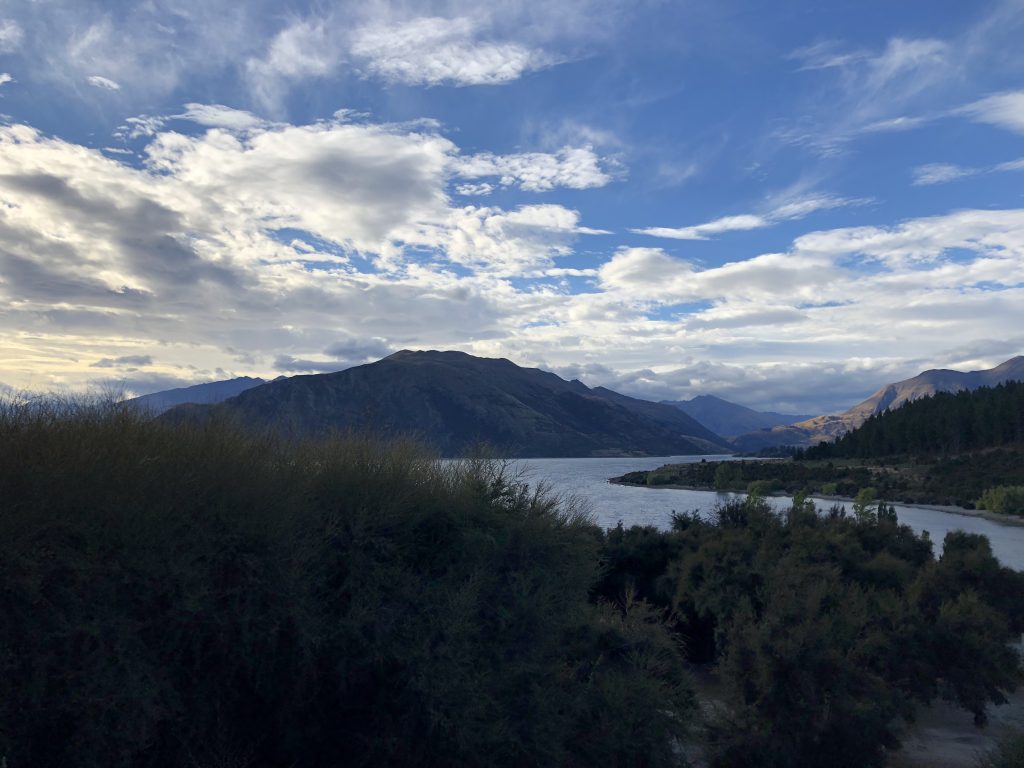 After we arrived we made ourself feel comfortable and started to make dinner. We heated up the grill and put vegetables and some chicken on it. That’s one of the best parts having a camper. You can almost grill every day if you want to.

Keep yourself updated. At the next post you will get to know why this day was full of wrong decisions and why we will never like sandflies!